WINNERS of Best Cabaret at Adelaide Fringe, in The Guardian Australia’s TOP 5 picks of Adelaide Fringe and Nominated for Best Newcomers at the Melbourne International Comedy Festival this is 5-Star Sass by “Three Comedy Goddesses” (Theatre People)

Fresh from their multi award-winning success at festivals across Australia, the all-singing, all-dancing all- fighting Fringe Wives Club are ready to take on the world.

Part explosive comedy cabaret, part interactive edu-tainment: this sequin-clad, champagne-fuelled, cosmic feminist extravaganza is guaranteed to blow minds and pants. The Fringe Wives are ready to smash the patriarchy with the full force of their combined, unquestionable talent and an empowering live soundtrack.

Fiercely funny, Fringe Wives Club is a high-energy comedy party, busting with original live music, anarchic audience games, epic dance moves and ooozing in glamour. Brandishing weapons of entertainment, politically-charged passion and personal stories, the Fringe Wives dissect what it means to be a feminist today, undermining the fear that indoctrinates bigotry, sexism and homophobia, and skewering the lack of education that continues to shroud the female body.

MILKE is a Melbourne based producing company. MILKE represents a variety of performers across Theatre, Comedy & Cabaret. The nature of our business is to focus on producing high quality work that can tour within Australia.

The show’s target audience is women aged 21-50 who are interested in cabaret/comedy/theatre and feminism. You should see this show if you love big sparkly hilarious cabaret shows To come with a group of friends and have a few bubbles and laugh your tits off If you're interested in feminism or women's issues Sex education and body positivity, suitable for 16+ If you love original music and cabaret

It's a super fun party kind of cabaret, empowering but non threatening, discussing important issues in an accessible way It's sold out in London, Edinburgh and around Australia It's won two awards and been nom'd for 4 others and the artists involved are also mulit-award winning so you are seeing artists and work that have been recognised as great around the world It's 'feminism' for everyone, men very welcome, they come and have a blast Educational, entertaining and empowering, the Fringe Wives celebrate sexuality in all its beautiful and chaotic forms, whilst smashing the patriarchy .

Can provide workshops in the following topics:

An all-singing sparkle-filled show with a strong message of female empowerment set to cracking tunes...irresistibly energetic.” 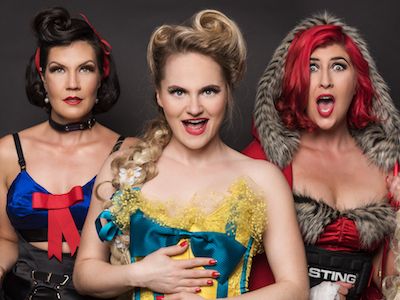 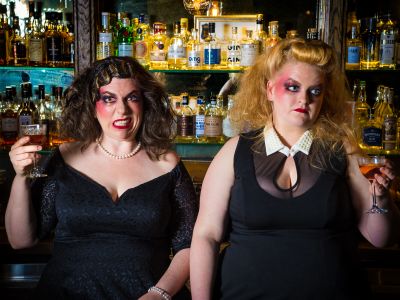 Mother's Ruin: A Cabaret about Gin 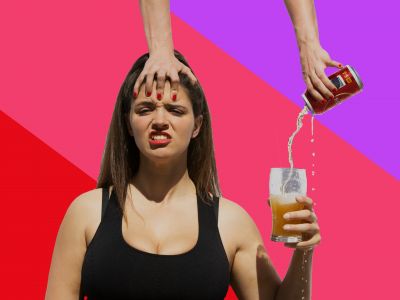