Monty woke up one day in 2012 and realised he could imitate Johnny Cash. "A Boy Named Cash" was born - a greatest hits tribute to the legend Johnny Cash. From this point on Monty has performed as Johnny Cash all around Australia and the UK - pubs, clubs, shopping centres, arts festivals, mine sites, corporate functions, cruise ships, breakfast radio, morning television, and 'The Voice' Australia. See it to believe it!

Pretty simple but for below, can provide own basic sound and lighting too

A few years ago Monty decided it was time for a sea change. Leaving a corporate accountant job in Sydney, Monty set sail to pursue the life of a musician in Western Australia. A few years later Monty now travels the globe performing his Johnny Cash Show “A Boy Named Cash”.

One Man Band Johnny Cash impersonator - young and funny. Everyone loves a bit of Johnny Cash! Can do themed event nights and the audience generally love getting involved and getting dressed up and dancing for a country and western night! One man show so low maintenance tech required.

Make a themed night out of it – Country and Western Theme – I’ve found this to be a big success and getting good numbers to one of my shows. Venue would sometimes have a themed menu (both food & drink eg. Buffalo wings, American whisky specials) for the night, deck it out with hay bales, with fancy dress prizes advertised including best Johnny Cash lookalike.

Show involves a lot of audience participation – good to promote this side of the show – guest singers are selected from audience, audience has a sing off against different sides of the room.

"With closed eyes it could have been the real Cash standing on stage, Cotton’s voice being absolutely spot on"

"Monty Cotton Is Funny, Talented And As Close To Johnny Cash As It Gets" 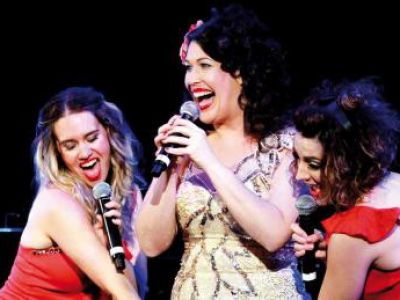 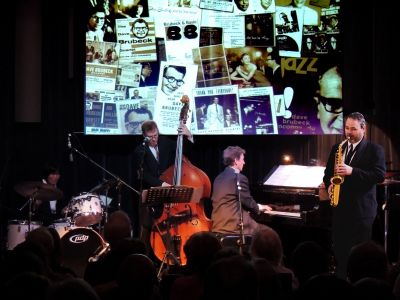