A Girl's Guide to World War

A group of Australian, New Zealand and British women try to join the army. When they're told no, they decide to go anyway.

This unlikely pair create the first woman-run hospital on the front line: they design their own uniforms, pay for their own ambulances, and simply go to war.

Joining them are upper-class English girls who volunteer to drive the ambulances. Seeking adventure and romance, these cheeky girls come into hysterical conflict with our Aussies and Kiwis!

However, against the odds, this discordant team build the best hospital at the front. Wounded soldiers try to bribe their way in; while male doctors gather at the hospital to observe the brilliant surgeon Dr Cooper.

But powerful forces threaten to destroy everything the women have created.

How far will the women go to defend their hospital?

The company was founded by couple (in life as well as in work) Katy Forde and Aleathea Monsour. These women have written several musicals together, including "A Girl's Guide to World War", which won the major Matilda Award “Lord Mayor’s Award for Best New Australian Work” in 2020. The musical also enjoyed three sell-out seasons in 2018 and 2019, and will be performed in 2022 at the Brisbane Powerhouse. The musical is also in production as an exciting new podcast, funded by the Sunshine Coast Regional Arts Development Fund.

Aleathea and Katy won the year-long BizArts Makers Scholarship in Brisbane and the OzMade Musicals workshopping program in Melbourne. Katy received the Lord Mayor’s Helen Taylor Award which allowed her to research the life of Dr Lilian Cooper, Australia’s first female surgeon. The result of this research is published online and has attracted interest from around the world, including a 2018 BBC radio documentary about Dr Cooper’s life.

Other musicals include "Lottie" about Australia's first silent film star, and "Volition" about the Melbourne Gaol.

Note: The show has a three week season at the Brisbane Powerhouse in February 2022. Presenters are invited to attend. Email Katy at katy.forde@gmail.com for comps.

Six to eight weeks before “A Girl’s Guide” hits town, award-winning actor and voice teacher Susie French will teach a local choir two songs from the show. Some choristers are enrolled as WW1 nurses; others as Serbian soldiers. (Note: Choirs can include local community choirs or secondary school choirs.)

Time is allocated for a Q&A about life in musical theatre.

Over the intervening weeks, participants have website access to recordings, sheet music etc, so they can practise independently.

When the show hits town, Susie provides one more rehearsal, and invites the choir onto the stage to explain their participation in the performance.

During the performance, the choir will join in at two important points in the narrative. (Participants will be provided with nurses caps/Serbian soldier caps, which they will don at the appropriate times!)

Cultural legacy: Participants gain a more deeper engagement in the arts, discover how songs move narrative, and connect with the powerful themes of this Australian story.

Note: The producer will work with the promoter to identify an appropriate number of participants.

This true story could not have been in better hands. It was not only joyous and compelling, but a totally satisfying piece of drama. (Read More)

Loved it! ❤️ We laughed and cried and felt like we were taken on the journey by you wonderful story tellers. Thank you! (Read More)

Just amazing! Loved seeing it a second time and sharing the experience with my husband! (Read More)

Boo-Doop-Di-Doo with The Vintage Belles 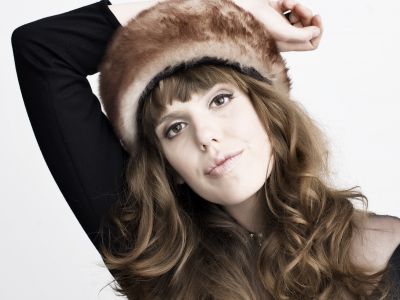 Take Me to Paris