Alexa Turn on the Lights, Jacob Watton and Alexa Photo by Mary Quade

Alexa, Turn on the Lights

'Alexa, Turn the Lights on' is about technology, and how it's ruining my life. And probably, ruining yours too.

"Alexa, Turn the Lights on", is about technology and how it's ruining my life. This performance explores how technology knows when you are at your weakest; you're running late and need to send this one really important email and then... BOOM. Technology chooses to not work. It was working fine. and now, it isn't. Whether it's an email, or the damned printer, we all know the feeling of being royally screwed by technology.

Jacob Watton would describe his relationship to technology as: kicking and screaming. Most notable in this struggle with the 21st century is Jacob's relationship with Alexa, the smart home device. Her snide remarks and willful disobedience mean that Jacob is often forced to sit in the dark. Is there a magic word he's supposed to use? Or maybe Alexa just doesn’t like him!

Jacob uses Amazon Alexa technology to create a hilarious and interactive performance experience. Become part of the journey as Jacob and Alexa work together to tell a story of humanity vs technology. One thing is certain - Alexa has a mind of her own and no two performances will be the same!

The performance is best suited to an intimate audience of 30 - 50 members. This smaller performance model makes social distancing and Covid-19 policies easier to adhere to but may mean a greater number of performances.

The performance is presented in the round rather than in a traditional proscenium arch mode. Audience participation relies on this more informal performance mode. Seating on the stage or another open performance space is needed.

Jacob Watton is a Queensland-based creator, performer, and facilitator working primarily in Brisbane and Toowoomba Queensland.

In 2017, as part of his postgraduate research, Jacob presented ‘1:1’, a performance and technology production at the Ars Electronica Festival in Linz, Austria.

Most recently Jacob has toured regional and rural Queensland as Templeton the Rat in Rava Productions version of "Charlotte's Web". Since 2018, Jacob has been working on Angela Chaplin's "If Only I Could", a production partnering with aged care residents to explore the process of ageing.

On top of his performance and creative credits, Jacob works as a Teaching Artist, working within Schools and Studios to deliver curriculum goals and engage classrooms in the arts across Queensland.

This performance utilizes innovative and custom software systems that enable the Alexa Smart Home Device to be interacted with at greater level than her out of the box features allow. Alexa uses audience interactions in order to generate and collaborate on content for the performance. Alexa flirts, holds a grudge, empathizes, and questions the audience, allowing the audience to perceive her as artificially intelligent. She isn't, but her performance allows for and encourages this personification.

Through humour the work explores loneliness, privacy, and the dangers and pleasures of an online presence, investigating ways that technology is used for/against us.

A marketing package including performance promotional footage, photography, and marketing copy will be available.

The inclusion of an Alexa Smart Home Device situated in the foyer pre and post show with clear instructions on how to interact with Alexa in the form of a stand-alone installation. There is also the potential of installing Alexa at the ticketing office in the weeks leading up to the performance encouraging engagement with the performance.

'Alexa, Turn on the Lights' is situated perfectly to tour to small venues and regional communities allowing these communities to interact with non-proscenium arch, theatre performance, as well as explore innovative technologies.

This work also has potential to engage in public programs including, Q&A's, seminars, and workshops centering on artificial intelligence and interdisciplinary collaboration. These offerings will uncover the custom programming used in the performance, as well as unpacking some community sentiments around technology and the ways it is used in our present, and will be used in our futures.

The creative team is most interested in presenting workshops on interdisciplinary collaboration. This program titled Cross-Contamination may be in the form of an interdisciplinary workshop or a series of workshops that partners local artists from different mediums together and mentoring them within a creative process. This process can culminate in an informal showing. This cross-contamination of community practice's generates ideas, and stimulates collaboration across disciplinary lines. 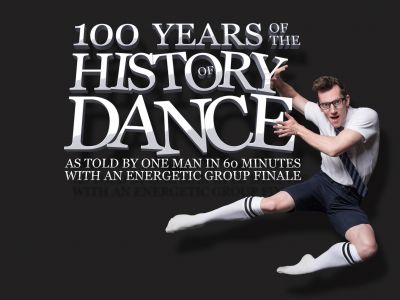 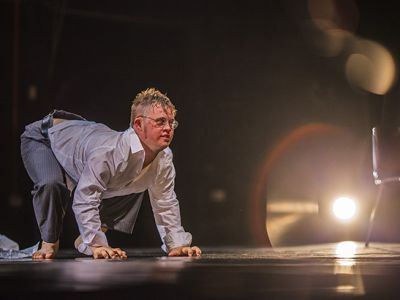 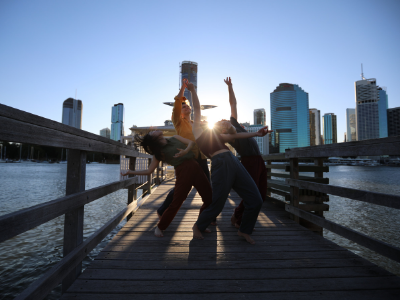