Bigger & Blacker is an autobiographical comedy cabaret that delves deep into Steven Oliver’s journey as a gay Aboriginal man or as Steven succinctly puts it ‘a minority within a minority.’ Steven is joined on stage by Michael Griffiths who won the Helpmann Award for Best Cabaret Performer in 2016. Michael not only provided musical direction for the show, but performs on piano/keyboard and accompanies Steven on harmonies.

The show is a perfect example of high-quality performing arts driving social change, as Steven touches on topics of mental health, Indigenous Australia, and being LGBTQIA+. Veiled by song, hip hop, tap dance and comedy; Steven displays his multitude of talents while simultaneously providing an unflinching look at life through his eyes - where no subject is taboo.

Steven Oliver is a descendant of the Kuku-Yalanji, Waanyi, Gangalidda, Woppaburra, Bundjalung and Biripi peoples. He was born in Cloncurry in North West Queensland and grew up in Townsville before moving to Perth to study performing arts. He has worked with numerous theatre companies and arts organisations across Australia but became notorious with ABC’s hit sketch show Black Comedy as a writer/actor/associate producer. He has starred in ABC i-views’ Tiger Cops, hosted A Very Sexy Xmas for the ABC and was one of only two recipients of Screen Australia’s inaugural Blackspace Initiative; which saw the creation of his premiere web series A Chance Affair, which screened internationally as well as on domestic and international flights with Virgin airlines; SBS on demand; and has been nominated for best web series in the LGBTIQ Australian Awards and Screen Producers Australia Awards.

He is partnered by award-winning performer Michael Griffiths in this fabulous comedy cabaret.

“Leave your judgement at the door…” This is cabaret as you’ve never seen it before!

Bigger & Blacker is a comedy cabaret guaranteed to get you laughing, thinking and shimmying in your seats. Steven Oliver, the star of ABC’s hit television series Black Comedy, is fabulous in this must-see production, based on his own life.

Bigger & Blacker combines comedy and contemplation with reflections on love and loss and a candid look at the downside of fame. You’re guaranteed a fun night out!

“Bigger & Blacker is a must-see show for all Australians.” Scenestr (Read More)

"Bigger & Blacker is a wholehearted and fabulously entertaining night out full of laughter, song, and big metaphors about music, love, and life." Backstreet Brisbane (Read More) 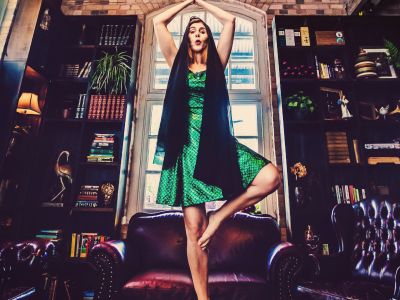 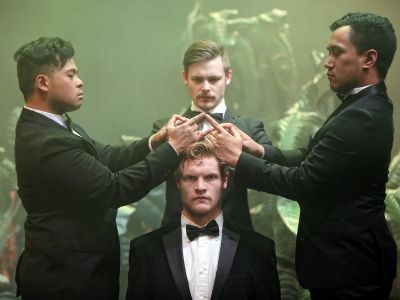