BLUE: The Songs of Joni Mitchell, is a beguiling night of melancholic songs, poetic storytelling and haunting vocals.

In BLUE, Queenie, renowned for her artful storytelling and raw, emotive vocals, explores the songs, stories and art of the musical legend that is Joni Mitchell.

Renaissance woman, painter and poet, Mitchell created a soundtrack for the Woodstock generation.

"Joni is my favourite singer/songwriter and I've been wanting to do a show about her and her music for some time," said Queenie. "She gave a daughter up for adoption early in her career and her music was so influenced by this experience. Having given birth to a daughter myself in 2017, it felt like a perfect time to explore this mother and daughter relationship and the effect that becoming a parent has on your creativity."

In BLUE: The Songs of Joni Mitchell, Queenie, along with award-winning musical director Max Lambert and a live band, explores her love of all things Joni – affectionately reinterpreting Joni Mitchell's melancholy music, and intimately revealing the stories behind some of her most haunting songs such as A Case of You, Both Sides Now and Little Green.

Basic lighting rig with a few specials, can use the venue desk and standard positioning . NB: We need the venue to provide 3 sconce lights for the music stands of the pianist, double bass player and guitarist.

The band set up is: • Singer • Piano • Double Bass • Acoustic and Electric Guitar

No contruction- basic stage set up. No flys required. No technical warnings. Piano required if avaliable. Will use hazer if available but not required.

Queenie is an established and well-known cabaret artist for which she has a loyal and expansive fan-base. Blue is appeal to audiences as the music of Joni Mitchell is well-known and loved and when perf

Blue is a well established show and has been nominated and received the following awards:

Queenie van de Zandt is one of the most esteemed theatre and cabaret educators in Australia. She can offer workshops as community engagement activities. She has a variety of classes that suit a range of ages including audition techniques, musical theatre, acting and cabaret writing. Queenie has specialised in the last decade in musical workshops for young performers.

“…the exceptional, vocal powerhouse that is Queenie van de Zandt…uses her thrilling voice and soaring range to explore the music of Joni Mitchell…”

“★★★★☆ A beguiling night of melancholic songs, poetic storytelling and haunting vocals…perfect intimate setting…incredible empathy and emotion…all beautifully sung with a lovely subtle restraint. Best of all are deeply felt, exquisitely performed renditions of Case of You and Both Sides Now….Lambert provides wonderfully sensitive accompaniment on the piano…

“Queenie van de Zandt performed as exquisite a biography as you’re likely to hear. Near aural perfection… It’s a well-written show… Queenie distilled Joni Mitchell’s life, liaisons, and art, into a tincture of love and grace…extraordinary and emotional… Queenie does a magnificent job”

“…perfect for ardent fans of Joni and for the novice”

“The audience was enraptured and shouting for more… This is a wonderful celebration of Joni Mitchell and the emotional connections we form with music that is borne out of emotion. It deserves to be a huge success. ★★★★☆”

“a stunning evocative show…a highlight of the Queensland Cabaret Festival”

“Queenie van de Zandt…summoned her muse to perfection, with awe-inspiring soul and emotion, in song.”

"... In another stand­out moment van de Zandt sings For Free acapella. Van de Zandt and Lambert have crafted a gently melancholic, poetic show that can speak to anyone regardless of whether you know the material, but fans of Mitchell’s music will find it particularly appealing.” 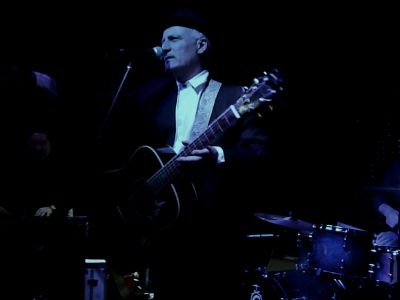 A Celebration - The Songs and Stories of Paul Kelly 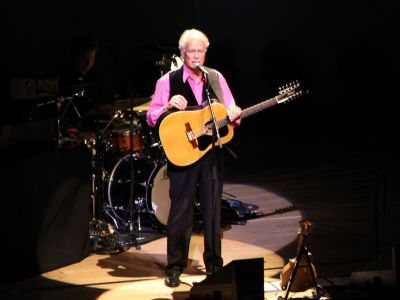