A thrilling and moving family drama based on the award-winning memoir, Boy Lost.

Boy, Lost is an adaption by Katherine Lyall-Watson of the acclaimed family memoir by Brisbane author Kristina Olsson. The stage play honours the true story while making exciting and dramatic contemporary theatre.

This is a moving family drama that plays on a heightened level by using integrated song, music, sound and physical storytelling.

This production is an uplifting story of survival that uses both grounded realism and heightened storytelling, music, and a chorus of young performers to move fluidly across time and generation to tell the story of the Olsson family, interwoven with Australia’s own stories of incarcerated children.

Using Belloo Creative’s signature style of fluid storytelling and physicality, the audience is guided through time and memory via the dual narration of Peter and Sharon, sophisticated choral sequences and song, and choreographed movement to heighten the emotion and magical elements of the play.

❖ A story of love, hope, redemption and survival

❖ A family’s story of separation and resolution (after decades apart)

Geographic Reach A Brisbane story that travels railways to Cairns and Sydney.

‘Exquisitely written and achingly intimate, this is a significant book which sets a new benchmark for memoir.’ Judges’ comments, Queensland Literary Awards

Belloo is committed to developing partnerships to present works nationally and internationally. We have co-produced work with NORPA, Brisbane Festival, Queensland Theatre, Brisbane Powerhouse and Critical Stages and toured to Japan, Queensland, NSW and ACT.

We value cross-cultural collaboration, risk-taking and rigorous process. We seek out partnerships, growing them into powerful relationships.

Our recent work includes ROVERS, which premiered at NORPA in 2018, before touring to Maleny and the Brisbane Festival. ROVERS is a two-hander and a contemporary comedy-drama celebrating the grit and daring of Australian women.

Other works in development HOUSE IN THE DUNES is a contemporary cross-cultural installation work exploring our rapidly changing world in a gentle and poetic way for all ages. The installation version can be toured with no performers in a Covid-safe way. BOY, LOST is an exciting large scale work premiering at Queensland Theatre in 2021.

Boy, Lost includes a chorus of young people who can be brought into the show from your community.

"Much of the power of [Boy, Lost] lies in the way that it reflects the fates of all children lost to a parent or parents, whether through familial dysfunction, government policy or personal tragedy, and that lifts it beyond the level of merely personal memoir to give it some of the force of fable and folktale.” -- Judges Report, 2014 Stella Prize.

An ensemble of young people play the Chorus in Boy, Lost - featuring as young versions of the lead character and also depicting the thousands of institutionalised children in Australia's history. This ensemble can be workshopped into the show from your community and could be secondary school students, choirs or drama students.

You don’t need to be in the biz to appreciate that this all-female company holds a firm place now in the Australian theatrical ecosystem. Having been brought on board by Queensland Theatre as Resident Company for 2019 and with a string of award winning original productions behind them, Belloo is one of our boldest, bravest, most original and transparent mouthpieces. (Read More) 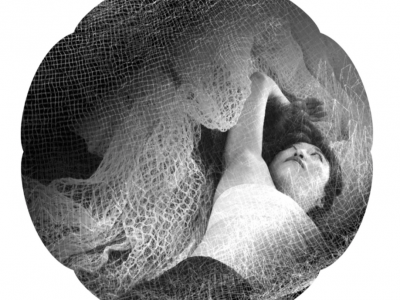 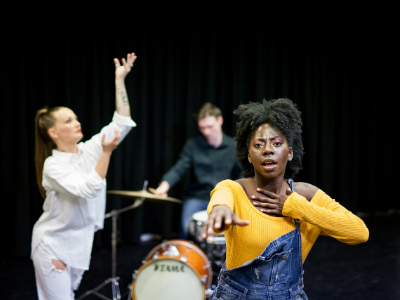 How to Spell Love