An immersive spin on an old classic.

In a world first, The Drama Merchant has put a new spin on the classic thriller Dial M For Murder and re-imagined Frederick Knotts original script and cast two females in the lead roles as a same sex couple.

The play centres around ex-tennis pro Toni Wendice who discovers her wealthy wife Sheila is having an affair - with a man, no less – and burning rage soon turns to cold calculation. Driven by revenge and greed for her wife’s substantial wealth, Toni embarks on an elaborate plot to commit the perfect murder.

Adding another intriguing element to the show, audiences will watch Toni and her murderous plot unfold in the setting of the historic-heritage housing, as an intimate, fly-on-the-wall setting for 10 people only, adding an immersive element to the play that gives it an incredibly eerie underscoring.

Although I have ticked the box marked Theatre, this show is designed to be performed in heritage houses or even houses themselves.

Technically this show has few sound cue, as most are made live, and a radio is used for period music pieces. When it comes to lighting we use the establishments lighting and lamps to create the appropriate atmosphere.

The Drama Merchant’s is a travelling salesman, whose product is inspiring creativity and the imagination with unique, immersive & interactive theatre pieces set anywhere but on a stage and delivered from suitcases, along with workshops designed with the belief that creativity is skill that can be learned, nurtured and practiced in every day life to help people build greater confidence and freedom in their life. We want to give everyone a chance to shine and pursue his or her own creative goals!

Starting in 2016, as Nathan Schulz presents, and adopting the premise that theatre can be performed anywhere but on a stage with the immersive and interactive ghost story "The Curiosity Experiment", which toured the Anywhere Festival festival -Brisbane, Adelaide and Melbourne Fringe Festival, and followed it up with the infamous radio broadcast of ‘War of the Worlds’ set in a cafe & a romantic comedy called 2 Across set on a 1950's Brisbane Tram; Nathan Schulz presents became The Drama Merchant in 2018 and called the its theatre "The Imaginasium" that also includes its own Radioplay Theatre called "The Radioplay Hour".

Performing this play in an actual house really adds tension. The audience see the characters move from room to room and found that what they don’t see was most troubling. Feedback from audiences was everyone enjoyed the spin on the material & found it interesting watching a woman plot out a murder & manipulate those around her. Shattering the stereotypical gentle, caring and, at times, fragile nature of womanhood seen in the media. This show makes quite a unique experience for a theatre-goer and I am the only Gold Coast Theatre company currently performing this style of intimate theatre in this way.

I have interesting photos already prepared of the ladies whom are playing the roles of Toni & Sheila.

I will create more trailers in a 1960s style, similar to Hitchcock trailers.

Investigate the crime scene, have a walk through of the location on Facebook live or inviting people to the scene to book tickets.

Promo footage and behind scenes looks

When we performed this production on the Gold Coast, the feedback was overwhelming. Many audience members said they had never seen anything like it on the Gold Coast, or in any professional theatre circle. The legacy we want to leave behind with this show is to give people an experience unlike anything they have ever experienced before, that will open their eyes to the possibilities of theatre. We want to give them a story to tell for years to come and to inspire them to think outside the creative box in their own lives.

If you didn’t catch this version of Dial M for Murder then I recommend you catch another of Nathan Schulz brilliant theatrical experiences in the future as there is really nothing quite like it. (Read More) 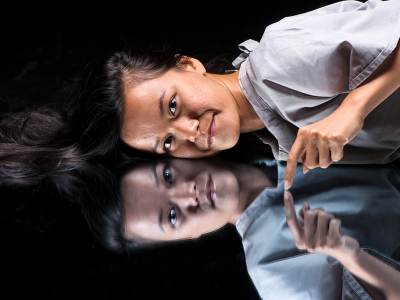 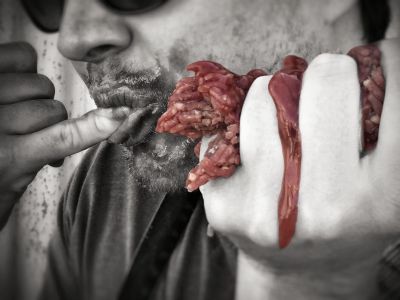 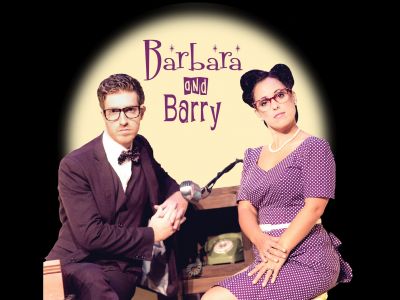