Join a joyous celebration 40,0000 years in the making.

Direct from Elcho Island in North East Arnhem Land, Djuki Mala (Djuki meaning 'Chooky' with a Yolngu accent and Mala meaning 'mob') perform an unique, infectious and high-energy fusion of traditional Yolngu, contemporary pop-culture, dance and storytelling, that is a marvel of timing, comedy and clowning with a hefty dose of heart and soul!

Since their 2007 clip of 'Zorba the Greek' went viral, they're thrilled audiences with reinterpretations of popular culture and traditional dances in a way that juxtaposes contemporary Yolngu culture.

The show tells the genesis of Djuki Mala, formerly known as The Chooky Dancers, interspersed with multimedia and gives audiences the opportunity to experience some of the more intimate moments and turning points that have shaped the group. Their appearances have electrified audiences at festivals and events around the world earning them multiple award nominations and wins as well as huge media interest. Dressed in traditional costumes and ochre, with Gara (spears) and Galpu (spear thrower), Djuki Mala’s show offers a rare and insightful view into Aboriginal Australia.

Direct from Elcho Island, North East Arnhem Land, indigenous dance and YouTube sensations Djuki Mala tell their story in a high-energy show. Unique, infectious and always exuberant, their fusion of traditional Yolngu and contemporary pop culture, dance and storytelling is a marvel of timing, comedy and clowning with a hefty dose of heart and soul. Their appearances have electrified audiences at festivals and events around the world earning them multiple award nominations and wins as well as huge media interest. Dressed in traditional costumes and ochre, with Gara (spears) and Galpu (spear thrower), Djuki Mala’s show reflects the juxtaposition of contemporary Yolngu culture and offers a rare and insightful view into Aboriginal Australia.

Djuki Mala are a unique, contemporary Indigenous performing arts company. Accessible, highly entertaining and skilled performers, they combine different cultural traditions including storytelling and dance. In 2007, on a basketball court in Arnhem Land, Djuki Mala choreographed and performed a dance routine to the tune of ‘Zorba the Greek’. The clip was posted on YouTube and has had over 2,600,000 hits. Since then Djuki Mala have created a number of shows, combining reinterpretations of popular culture and traditional dances with narrative, comedy and drama.

Djuki Mala presents Indigenous Australian culture, and in particular Yolngu culture in an entirely new, accessible and joyful format. We present touching and poignant stories direct from the dancers and elders of Elcho Island via video footage, which is interspersed with dance routines ranging from traditional Yolngu dances along with current pop references including; Bollywood, pop and lock, Michael Jackson and even Singing in the Rain! People feel joyful after watching our performances and also feel informed. Audiences are keen to learn more about Yolngu culture and to discuss what they have seen with the dancers after the show.

Media Reviews; The company has received many 4-5 star reviews from various local and international publications.

Djuki Mala's performance is accessible and entertaining and breaks down barriers and often incorrect misconceptions regarding our First Nations Peoples. The show includes storytelling, video projections of Elcho Island and important messages regarding connection to country, culture and the promotion of healthy and positive lifestyles for youth. The combination of a distinctive set of cultural reference points, outstanding physicality, and the humor and generosity of the performers makes Djuki Mala a wonderful vehicle to grow the profile of Australian Indigenous arts. Djuki Mala introduces audiences of all ages to aspects of Indigenous Australian culture that are not readily available. The company presents Yolngu spirit, art and culture that is specific to Arnhem Land but joyous for audiences of all cultural backgrounds, demographics and ages. Touring these regions provides Djuki Mala a great platform to contribute to the growth and profile of Australia’s arts and culture.

“Djuki Mala blend traditional dance with modern influences, in what seems like a reflection of life in Galiwin’ku Community. Just as mobile phones co-exist with Yolgnu languages, the joyful pop references in Djuki Mala are an embodiment of a living culture. Playful, warm, charming, informative, Djuki Mala is a family-friendly diplomatic envoy, sharing hope and knowledge from NE Arnhem Land.”

Djuki Mala is an hour of infectious joy; the dancers onstage appear to be having so much fun that you can't help but be carried along and, even the more poignant moments created by the interview footage add to the feeling of celebration of these wonderful performers and their enthusiasm for dance. *****

The infectious energy of Djuki Mala enveloped the crowd in the Salon Perdu Spiegeltent in a blanket of pure joy. In a unique, heartfelt and high-voltage fusion of traditional Yolngu and contemporary pop culture, dance and storytelling. A thunderous standing ovation said it all. ***** 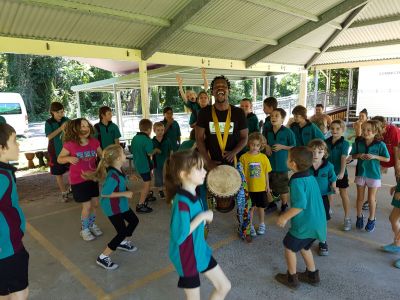 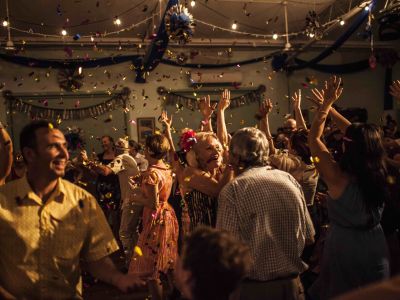 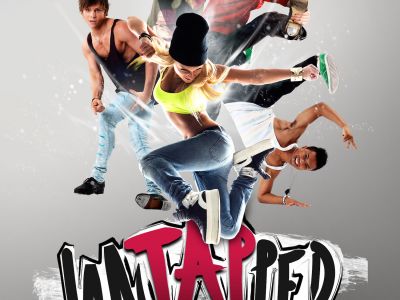