Dust of Uruzgan combines songs, humour, and commentary with a stunning set of projected photographs by military photographers to offer a raw and personal account of the experience of Australian soldiers and civilians working in southern Afghanistan.

The show has been described as “an incredibly articulate and witty commentary of Smith’s experiences in the troubled country, punctuated with some of the most meaningful song writing you’re ever likely to encounter in Australian music”.

The larrikin spirit is well and truly alive in Smith’s work. His wry humour and masterful story telling eases the audience through some harsh and complex terrain.

The combination of song, story and imagery is powerful. Smith was actually there. The stories he tells are of real people and events, so audiences leave the venue with a profound sense of having made a connection with something real and important.

“A great work of art, a great suite of songs…an amazing thing if you get to see him perform it in concert” Richard Glover, ABC 702

"That was one of the best shows I've seen in my life. It was informative, intelligent, insightful, it had humour, emotion and restraint. A story well told." Sharon Hope, Ballarat

Available 2016-18. This is a very portable production. It is simple, scalable and adaptable to different venue shapes an sizes. We are available for one night shows and short runs, as well as extended tours. We do not require Australia Council funding to tour. We can negotiate reduced fees for a sequence of dates in a given geographical area (as opposed to a one off performance) as even a short contiguous tour spreads our travel costs over several performances.

In 2014, Fred Smith Productions worked with RAV, CAWA and ArtbackNT to organise a 50 date tour of Dust of Uruzgan. The show is an insider's account of the experiences of Australian soldiers working in southern Afghanistan delivered through humour, song and a collection of remarkable photographs provided by Defence Force photographers.

More information on the Dust of Uruzgan production, including responses from critics and audiences around the country, is available through the production listing on this website.

With our soldiers finally home from Afghanistan, the Dust of Uruzgan show is a unique opportunity for the Australian public hungry to know what it was all about for the 20,000 young Australians who struggled to make a difference in one of the poorest provinces of this war-ravaged country.

The show has proved appealing to a very broad audience. Growing crowds at Anzac Day ceremonies around the country are testimony to the deep fascination in Australia the experience of our soldiers in war. Audiences have appreciated the opportunity to get a first hand, three-dimensional and human account of Australians in Afghanistan.

Fred Smith and the Dust of Uruzgan album have received extensive media coverage so there is already a market for the show. ABC's top rating Australian Story did a feature on Fred in October 2013. Lee Kernaghan covered the song "Dust of Uruzgan" on his recent Spirit of the Anzac CD! A full range of marketing collateral is available: Press releases, photos, poster designs, MP3s of songs, video footage for TV, Youtube clip's, a teacher's resource Pack, a book on the way, a fascinating back story, and an approachable lead with a talent for radio and television interviews.

Fred Smith productions will offer schools a choice of three workshops for schools:

Beyond that, we have found that the show really engages people's hearts and minds. Audience members stick around for an hour afterwards talking to cast and each other about what they've seen, what it made them think about the Australian involvement in Afghanistan, and about their own connections - a nephew who served in Afghanistan, a father who was in Vietnam, a grandfather in the Second World War. It's a show that gets people thinking without telling them what to think.

Significantly, it gives a community the opportunity to understand the experiences for 20,000 Australians who served in Afghanistan. Many of these soldiers live in towns and cities in Queensland. It's important they don't walk the land as strangers in the way that a generation of Vietnam veterans did. The best we can do for them is to understand what it was like over there. Story, song and imagery offer the best chance of sharing this understanding.

“An exceptional songwriter and certainly the equal of Bogle, Walker and Schumann… a cycle of songs that are raw, remarkably honest and suitably ambivalent about the nature of war… a collection of songs that offers an intimate perspective on the war in Afghanistan.”

“It's a really different show, amazing songs, but also narrative and a big screen with stills from the war...amazingly moving. A great tribute to the young soldiers and also enlightening about why we were there.....I loved it.” 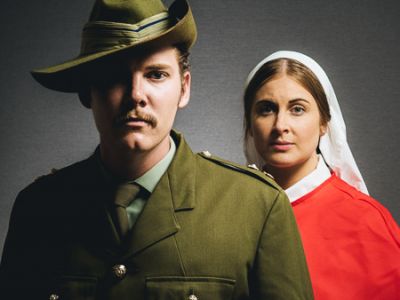 One of a Pair

[Disordered] Action of the Heart 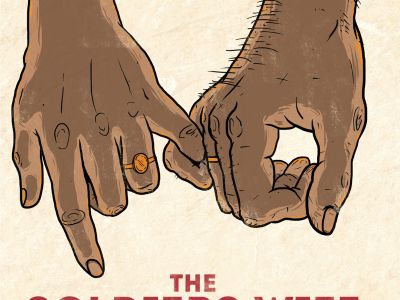 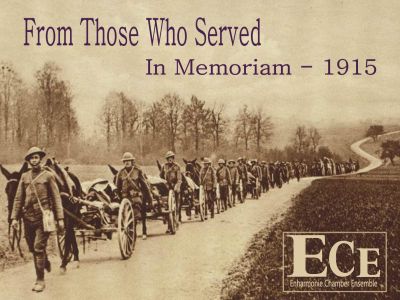 From Those Who Served - In Memoriam 1915