Since their sell-out season in 2014, #FirstWorldWhiteGirls have been making audiences squirm with delight with their hilariously narcissistic brand of slick comedy and catchy vocals. And now they are back with #FirstWorldWhiteGirls: Botox Party! - that further satirises first world entitlement and the self-obsessed "me" generation.

#FirstWorldWhiteGirls are throwing the most exclusive party in town and you're invited. Grab a botox cocktail and join the girls for an outrageous hour of confessions, makeovers, celebrity worship and backstabbing in this hilarious celebration of first world vanity.

Take a peek into the lifestyles of the rich and heinous, set to a soundtrack of original comic songs exposing the struggles of our age - quinoa enemas, Snapchat filters, accidental sexting, foetus facials and the Refugee Diet.

Don't miss this chance to see just how offensive privilege can be.

WIV Presents grows artists and audiences. We help artists to find and develop their voice and then to connect with audiences. We do this through our signature 'Women in Voice' series, through the support and development of productions tailored to meet the touring needs of regional venues and by delivering community cultural development programs, which support regionally-based vocalists to develop individual works for presentation in their own communities and beyond.

Premiering in 2014, #FirstWorldWhiteGirls has an immediate hook for audiences. It’s toured extensively across Queensland including a nine-venue tour in 2016. The girls have had two sell-out seasons at the Adelaide Fringe and in 2017 will again be part of the Fringe, this time as part of the highly sought after Royal Croquet Club.

The show is highly portable and designed to tour. In 2017, there will be a six venue tour of regional Queensland, as well as a season at the Brisbane Comedy Festival. This is an entirely new show, featuring new cast member Meggan Hickey as live accompanist.

High quality poster and flyer graphic art available at no cost, featuring sharp, eye-catching images. Audio and video recordings, including 90-second promotional trailer. It is planned that a number of YouTube clips will also be available to promote the show, although this is not yet confirmed. As said earlier, the title gives its target audience a very clear idea of what they will be getting. Plus the website: http://www.firstworldwhitegirls.com/

#FirstWorldWhiteGirls run workshops in which participants learn how to devise their own cabaret around a theme. Armed with these skills, participants are able to develop their own shows to enrich their community. We also offer question and answer sessions after the performance to allow the audience to learn more about the show and the process and engage with the performers. DESCRIPTION / DETAILS A 90-minute workshop in which Judy and Meggan teach the basics of devising a cabaret show. Participants will learn how to choose a theme, select songs, develop characters and interact with an audience.

“Captivating performers, singing original songs and delivering entertaining satire with a very knowing wink... there is more than a grain of truth in this endearing show” (Read More)

Judy Hainsworth and Kaitlin Oliver Parker are two funny First World White Girls. During sixty minutes of original songs and patter they riff on the problems of the First World as seen through the eyes of two ‘entitled Princesses.’ ... left the 30-something mostly female audience satisfied but still wanting more. So did I. (Read More)

A fluid one-hour comedic routine that does not falter in consistently delivering quality laughs and unabridged talent. Clever observations teamed with tragically relatable humour is what makes #FirstWorldWhiteGirls fresh and exciting, and everyone, including myself, exited the theatre with a (slightly guilty) smile on their face. (Read More) 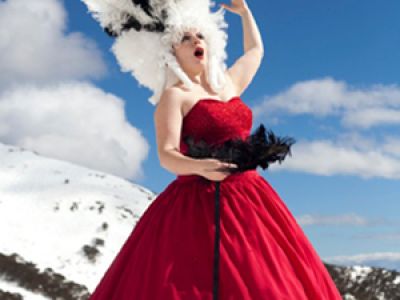 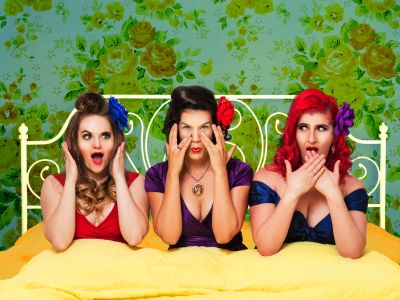