Viva Sevilla is the third installment of a flamenco trilogy that explores the cultural, geopolitical, and religious influences that, combined over a period of almost two thousand years, produce the various elements of the art form of flamenco.

Flamenco Fire's Viva Sevilla is new contemporary dance and music work that investigates the many conflicting issues, priorities and notions of cultural diversity and what can be learnt from the historic precedence of 19th century Spain.

This work follows the success of Flamenco Fire's productions - Al-Andaluz (2010) and Gypsy Pathways (2012) - both premiered at QPAC and toured regionally and nationally.

Presenters have shown overwhelming support for Flamenco Fire due to: Strong interest in flamenco music and dance; Quality, diversity and uniqueness of the product; World music aspect of the product; Desire to program works for people from diverse backgrounds including the Spanish/Latin community; and, Ease of touring and cost effectiveness for a large and lively dance performance.

Red Chair’s website (approx 30,000 hits per month), Facebook and e-news (4,500 active readers), support with the creation and distribution of tour specific media releases, coordination of interviews and other media requests.

Flamenco Fire can provide a range of workshops that will contribute to the development of communities and arts practice in Queensland including flamenco dance, guitar, singing and rhythm workshops. The workshops are suitable for beginners and experienced participants alike and provide an avenue for engagement within communities as well as an opportunity to build audiences for both the concert performances and other touring groups that draw on Spanish inspired music and dance. All of Flamenco Fire artists are experienced in teaching and workshop delivery including workshops in regional and remote communities.

Workshops (particularly dance) have proved very popular on past tours and there is an opportunity to include participants in the performance (provided workshops occur prior to the performance).

Flamenco is an interactive artform and audiences are encouraged and supported to participate in performances through palmas (handclapping), jaleos (shouts of encouragement) and dance.

Artform
Dance
Age Group
All ages Suitable for everyone
Available to tour
THIS PRODUCTION IS ARCHIVED AND IS CURRENTLY NOT AVAILABLE TO TOUR
Bump In
Same day open
Cost Range
$2,500 - $5,000
Approximate cost per performance includes show fees, remount and royalties split over a number of venues.
Fee
$16,827 per week
Remount
$11,529
Royalties
10%
Resources
Presenter Pack

Each moment in this performance was a spectacle, each song a triumph and all of the dances were superb and electrifying. It is not in my habit to completely praise every aspect and element of something that I view ...... giving it a well deserved and highly enthusiastic five stars and faultless review.

The artistic excellence brought to patrons through this show is proof that our global relationships are to be celebrated and admired. 4.5 out of 5 stars

This truly was an intimate display of artistry. As one, the audience erupted in cheers and “Ole!”, and a standing ovation. 4 out of 5 stars 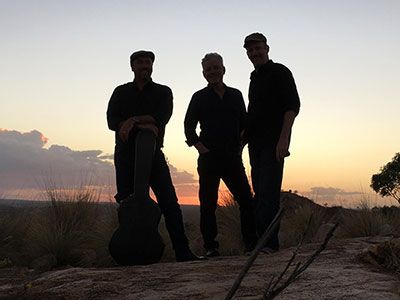 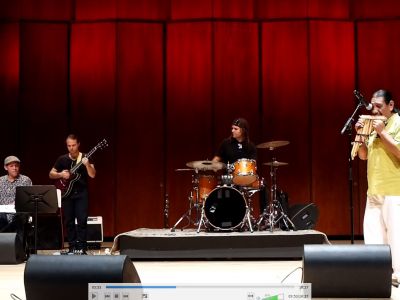