The mother of all cabarets!

Funny Mummies is a cabaret show performed by mothers for mothers.

Following on from the massive success of the sold out "Funny Mummies Comedy Gala" tours, this show adds a spectacular cabaret twist to the comedy line-up. Through comedy, song and even circus, the Funny Mummies Cabaret Spectacular brings together our audience members to laugh at the hilarious side of parenthood, using cabaret to celebrate and commiserate over mothering fails and ever-relatable domestic dramas.

"The show was packed to the rafters with women, the line-up of mother comedians was fantastic and everybody had a wonderful time!" Sam Jockel, School Mum and ParentTV

As a comedy-based cabaret show, this is a production of technical simplicity, which promotes the coming together of a community of like-minded mothers to experience some much needed comic relief from the stress of day-to-day parenting.

This show is more than just a good laugh: we want mothers to improve their bond with each other through shared catharsis. We want them to bring friends, their family, their own mothers...in the hope that by sharing this experience they'll be inspired to share more and remind each other how to turn their own moments of failure and exhaustion into laughter.

Story-sharing sessions - via mothering-related organisations e.g. local playgroups/mothers groups whereby the comedians host an informal story-sharing circle, encouraging mothers to share their own experiences (not necessarily funny) with each other. This can be led as structured or unstructured as is needed, by offering storytelling guidance if desired, or just facilitating sharing. The hope would be that communities are inspired to host similar story-sharing circles afterwards.

Writing with humour workshops - via local writers/arts groups. The comedians are available to run workshops on injecting more humour into your writing and/or how to generate material and structure jokes. This is a fantastic opportunity for those already interested in writing to have access to comedic writing techniques which they can continue to incorporate into their work afterwards.

Invitation to local aspiring mother performers. With no pressure to do so (as we do understand that stand-up is terrifying to many!) we invite any local aspiring comics - through the story-sharing and/or comedy writing workshops - to try their hand at a 2-3 minute spot in the Funny Mummies show! We will nurture and support them with a rockstar welcome to encourage participation in a moment that will be the talk of their town. 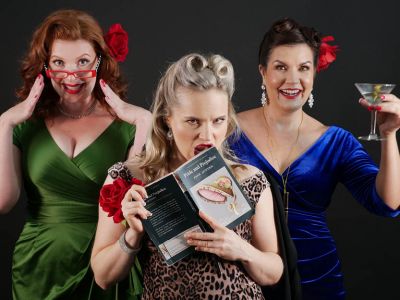 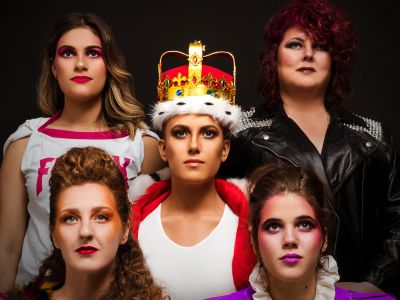