An epic tribute to stupid fun!

Go, Go, Go! is an epic tribute to stupid fun! As its name suggests this show hits the ground running and builds to such a dizzying pace you’ll be left asking yourself, ‘how can they keep going?’ Bridging the gap between how generations play games, Go, Go, Go! is fun, spontaneous and interactive. We draw inspiration from classic games, ranging from retro video games to school yard classics plus some we’ve invented along the way and give them a circus twist. Entertaining with a sprinkle of nostalgia, Go, Go, GO! draws on stunning acrobatics and ingenious physical to create a playful, hilarious, spectacular world that celebrates why games - in all their various forms - stand the test of time.

This show has been created with touring in mind. It has an easy bump in and out as well as flexible show formats. Presenters will have the option of booking the show with or without aerial acts without affecting bump-in time, budget or the running time of the show. The company will also tour with a qualified rigger for venues with the capacity for aerial rigging (we'll discuss this with each venue).

Gravity Dolls is a collaboration between Tim Rutty and Tarah Carey. After developing respect and appreciation for each other’s work, the pair investigated the possibility of collaborating to blend their passions for theatre and circus. This passion sparked a vision to create stories that encompass the entire performance space, challenging the laws of gravity and invoking a sense of magical realism in their play, and thus, Gravity Dolls was born.

The company debuted its first show, My Life in Boxes as part of the Melbourne Fringe Festival where it won the Original New Circus Award. In 2015 an excerpt from the show was placed runner up at Gasworks’ Circus Showdown competition and has been confirmed for a RAV tour in 2016.

As a company, Gravity Dolls is gaining momentum and rapidly developing a high reputation for their unique brand of physical theatre. At the core of their creative process co-founders Tim Rutty and Tarah Carey look to move away from the traditions of circus that use tricks to impress the audience. Their work looks to push the relationship between circus and theatre, where the performers movement fosters a visual score for the subtext of the script.

This show is nostalgic and taps into the feeling of belonging, the feeling of friendship and fun. It is accessible to a broad range of audiences, from those who grew up playing arcade games, to lovers of classic family board games to video gamers. In a show the whole family can enjoy, Go, Go, Go! is highly physical, fast paced and entertaining, but at its core it celebrates why games stand the test of time.

A comprehensive marketing kit will be supplied in sell off, this includes poster and flyer templates, marketing copy, promotion video and images, production video and images as well as assisting with drafting copy for advertising as required by the presenters (for radio ads for eg) and suggested marketing strategies that we have developed specifically for this show.

Games Night Following the performance, the audience would be invited to stay behind and play games with the cast in the foyer. Games could be sourced from local libraries, community members as well as the cast’s personal favourites that they’ve brought on tour. We would also create a hashtag, so people can connect on social media after the event and also follow the tour as it passes through other towns. Game Exhibition In the lead up to the season members of the community can bring in their favourite games to form part of an exhibition in the foyer. There’s the possibility to keep this simple or scale up and encourage people to write down a story or memory about their chosen game. The story would then be displayed along with the game. We would use the same hashtag to facilitate connecting through social media. Cast are also available for meet and greets and photos in the foyer following the performance. This could be in conjunction with either of the above or stand alone activity.

Claudia B. - The Plus Ones

"Taking the audience back in time to the days when computer games were still a novelty and board games were a common passed time to bring people together through play." ... "The interpretations of the various games are extremely creative and succeed in integrating the circus elements seamlessly." (Read More)

"Incorporating aerial, circus and acrobatic moves, Gravity Dolls really lives up to its name. The players perform sequences that have you on the edge of your seat, thinking, are they going to plummet to the ground? Then you rock back with laughter and relief after they do (or don’t!) – the show brings comic relief along with wondrous acrobatic work." 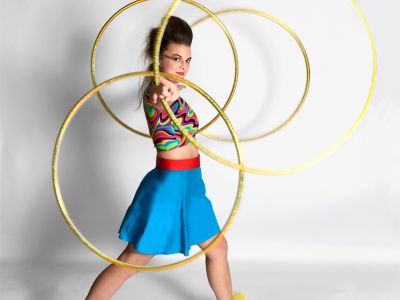 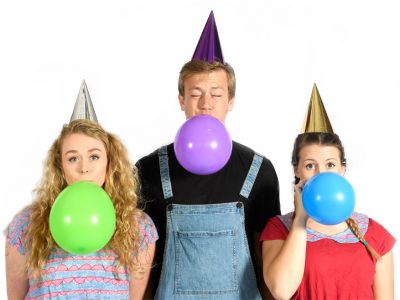 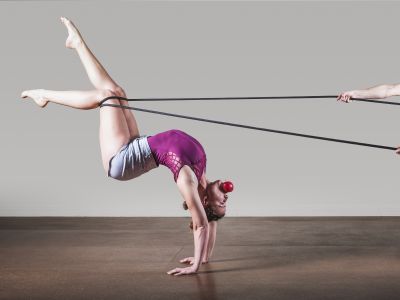