It’s hardly surprising considering she’s survived meteors, floods, fires and earthquakes. Her temperature’s rising and it’s time to face some facts; she’s either going through early menopause or she’s spent too long in the solarium! But before Mama Earth hits ‘Reset’, she’s decided to party like it’s 1999 with everyone in your town!

Featuring original music, sprinkles of well-known pop classics, a live band and plenty of musical mayhem, Hot Mess Mama will have you singing like it’s your last day on earth.

(Can be performed with 4 or 6 performers)

HOT MESS MAMA can be adapted to suit an all ages audience. 18+ version contains coarse language and adult themes.

Emma Dean is an imperfect, romantic and passionate human-being who loves to write theatrical pop songs about love and the human spirit. She has performed her original shows around the world, including a season on Off-Broadway in New York, and has shared the stage with artists like Kate Miller-Heidke, Katie Noonan, Placebo, Macy Gray and Amanda Palmer.

Emma has been listed as ‘one of ten artists to watch’ by The New York Post after featuring on the US specialty radio charts alongside PJ Harvey and REM.

In 2018, she was a featured soloist in The Commonwealth Games opening ceremony, singing John Farnham’s iconic song - You’re The Voice.

When Emma is not on stage, she can be found writing choral arrangements for choirs and musicians, including John Farnham, Kate Ceberano and Glenn Shorrock (LRB). She is a passionate advocate for the magical healing qualities of group singing and proudly leads a colourful community choir in Brisbane called Cheep Trill.

Emma’s show, Broken Romantics: A Unicorn’s Quest For Love toured from 2017 - 2019 and received rave reviews at Edinburgh Fringe in 2018. Her latest show, Hot Mess Mama, written with Katherine Lyall-Watson is inspired by the current climate crisis and will premiere at Brisbane Festival 2020.

HOT MESS MAMA is one of very few cabaret shows to feature an original score, with songs that have been cleverly 'mashed' with well-known pop hits, so people can latch onto a familiar melody or lyric.

It is adaptable and can be performed with a six piece or four piece band.

The script is witty and touching and the music is wonderfully dynamic! Tackling a serious issue like climate change in a fun, joyous and hopeful way is at the heart of HOT MESS MAMA, leaving the audience with a message -change is possible.

The world premiere of HOT MESS MAMA was part of BrisFest in September 2020. We are in the process of creating the following marketing resources:

We can offer a community singing workshop where we teach the finale song. At the show, the participants of the community workshop will flashmob from the audience and become a wonderful surprise for the other audience members!

Emma Dean has facilitated successful and uplifting singing workshops and flashmobs during her 'Broken Romantics: A Unicorn's Quest For Love' tour as well as the QMF 'Help Is On It's Way' tour with Glen Shorrock (Little River Band) through regional Queensland.

Hot Mess Mama is a dynamic, left-of-centre cabaret reminder of the possibility of change. Its unique fusion of styles and sensibilities finds the theatre in music and makes it an infectious experience (#inagoodway)… (Read More)

This is cabaret storytelling at its finest. A supremely entertaining slap across the face.

It’s a sideshow behind a piano; it’s a carnival of kook; it’s a sing-along striptease; and Emma Dean is the neurotic cabaret songstress to lead the chorus of freaks. Just sample her monster Broadway single “Sincerely Fearful,” which is 50% “Wicked” and 50% Tori Amos and 100% addictive, and you will find an unavoidable sound worthy of the repeat button.

You can always expect an Emma Dean cabaret to be wildly bizarre and infinitely clever at the same time. Hot Mess Mama is no exception. High-octane musical genius is always a given, this time accompanied by a total rockstar band. Never preachy, always fun, and completely invigorating, 'HMM' brings you back to earth, just that little bit more emboldened. 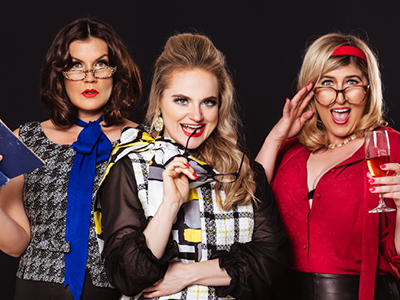 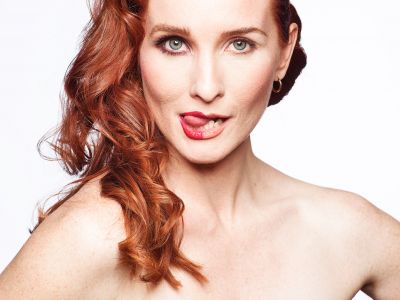 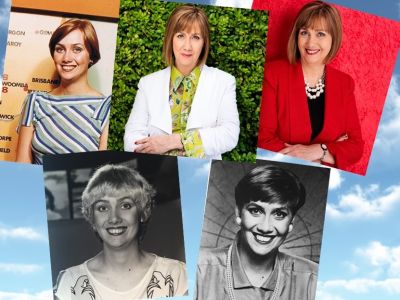