A play about going home, Magpie will delight like lemonade iceblocks on a hot summer's day.

Mordecai, a novelist dealing with a bad review, returns to her family’s home for the first time in decades following the death of her father. She discovers more than just the architectural monstrosities that have replaced the poincianas, as the home conjures echoes from her distant past: the muggy summers, the smell of rotting mangoes, and the misunderstood arguments between her Romani mother and father.

When Mordecai discovers her old journal – an innocent tapestry of ideas, drawings, and imaginings – she is drawn back to 1961 and a long-abandoned investigation into an unsolved crime. Pushed along by her childhood friend Splinter, Mordecai sets out to uncover the long-dormant secrets that cursed her family and led to her leaving home at fifteen.

Spanning from young love to aging cynicism, Magpie is a coming-of-age story that will thrill and delight like lemonade ice-blocks and a swim on a hot day.

Contains adult themes, sexual references and coarse language. The show is a lock-out. The premiere season of the show included real fire and a tyre swing, however the show can be adapted. There are three versions of the show available – A, B, C. Version A includes full fire and tyre swing, Version B includes fake fire (lighting) and swing, and Version C includes fake fire (lighting) and swing alternative.

Metro Arts is a unique and robust multidisciplinary organisation dedicated to professional independent artists and their work. Its practice is underpinned by comprehensive venue infrastructure – operations are housed across Metro Arts’ dynamic arts spaces at three locations, Brisbane city, Teneriffe and Norman Park.

A multi-artform incubator for independent practice, Metro Arts provides a platform of infrastructure, mentoring, development and producing support, networks and leadership for artists at all stages of practice, while concurrently promoting new and emerging ideas, forms and practices to the market.

Metro Arts supports the development of new performance work, and in turn has established a Producing Hub which elevates work to a local, national and international marketplace. The Producing Hub provides a unique support structure for creators of new performance works in theatre and dance, connecting artists and their work to the market through facilitating national and international touring. Metro Arts is invested in the development of new artists and new work, and the Producing Hub ensures that the stimulation and development of ideas within independent contemporary arts has an impact upon the wider arts community. Creative Director & CEO, Jo Thomas.

More than just a Brisbane story of Australia's multi-cultural heritage, it’s a memory play about the power of going home to a place that no longer is. It’s a play to which audience members can apply their own experiences and reflect on the meaning of home, belonging and moving on. Magpie is a complex work with integral twists that serve to engage the audience. This is a poignant work that explores, with pathos and humour, the power and generational legacy of long-dormant secrets. It's a tightly crafted new Australian work with the actors offering a masterclass in character work.

This tour will value-add, involving the community in the artistic process by offering playwriting workshops with Kathryn Marquet, acting workshops with Barbara Lowing (currently running an acting masterclass at La Boite), acting workshops with Julian Curtis (NIDA graduate) and preparation for auditioning for acting schools with recent Conservatorium of Music graduate, Michael Mandalios. Q&A sessions will be offered after each performance, enabling audiences to engage with the actors, asking questions, not only about the theatrical performance they’ve just seen but also about the reality of sustaining a career in the arts and auditioning for and surviving actor training. Elise will also offer Skype sessions to conduct Q&A sessions and/or workshops about playwriting and the process and techniques utilized in developing Magpie. The teacher notes include a range of activities for teachers to conduct with their students and again, Elise can be available via Skype to facilitate or address any of these exercises or activities.

"Magpie Masterclass - As many great works do, it has much to say about many things, including the power and generational legacy of long-dormant secrets. Indeed, the depth of its themes and craftedness of its script and will surely ensure its longevity.” (Read More)

"The depth of talent drawn to this production reflects the calibre of new work entering the Australian theatrical canon.” (Read More) 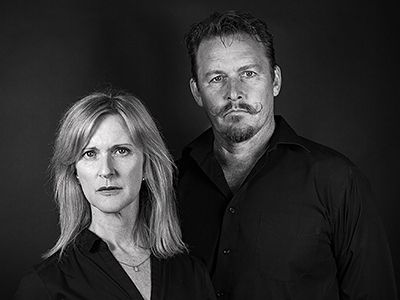 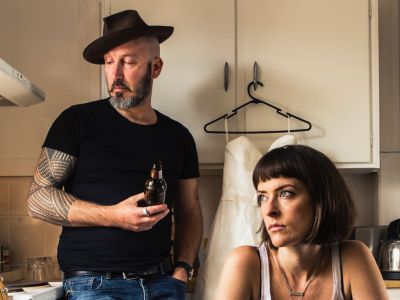 The One by Jeffrey Jay Fowler