Two clowns and a wordless story on tour around the world

Mandragora Circus is a wordless theatre performance in which two characters tell a story of comedy and love where dialog and thoughts are understood without words.

Using the techniques of modern clown the characters of the play pass trough circus acts, use musical instruments which combined with a big content of physical acting weaves the acts of this performance together to allow the audience to follow the situations, conflicts and solutions of this story, which reflect the life in an unexpected way, in this unique show where circus become poetry.

The show can be adapted to be presented without the aerial acrobatics acts. In venues where no total blackout is possible, show duration is 45 minutes.

Mandragora Circo is an independent theatre group formed by Mariana Silva and Juan Cruz Bracamonte in the year 2003 in Trelew, Argentina. In 15 years of continuous work the group have focused in the creation of shows aimed to all the audience in which different forms of performing arts are combined to present a theatrical show. The creation of the show “Mandragora Circus” in 2003 have been the highlight of the group. This show with a strong content of physical theatre and technics of modern clowns tell a wordless story where theatre, circus acts, music and dance are combined in the narrative script.

The group main activity have being the conduction of tours since its beginning. Performing in Argentina during 8 years, from 2003 to 2010, the show Mandragora Circus was presented in Festivals and theatres in 18 provinces, doing more than 500 presentations. Since November 2010 and in the present time they are doing an International and Permanent Tour, over the past 8 years “Mandragora Circus” have been presented in 50 countries, in 5 continent around the world, performing in Theatre Festivals, Arts Festivals, Theatres and Cultural Centres throughout the Americas, Europe, Africa, Asia and Oceania.

This original non verbal show was created in 2003 with the idea of go beyond the skills, using circus acts, unconventional musical instruments, technics of modern clowns and physical actors to tell a story. The two characters are actors's own creation, they connect with the audiences in a way that make them enjoy the show from the beginning to the end. On 15 years of continuous performances, the show have been presented in 5 continents, in over 50 countries, in a tour which is permanent, the group travel country to country, like the theatre groups of yore and the show keep captivating the audience.

Mandrágora Circo have been on Permanent Tour Around The World over the past 8 years. Living on tour, traveling from one country to the other, without going back to their home country, presenting the show in the 5 continents. The show have been enjoyed for the most diverse audiences, performing for a wide variety of cultures. Even that, the reactions of the audiences keep similar.

Our proposal is share in a talk our experiences on tour around the world. Giving to the spectators a different perspective of the world, from the vision of 2 independents artists, whom travel the globe performing a theatre work, seeing how the arts reunite people letting crop out what is common to all the humans beings.

Besides the specific topic a of an independent theatre group touring around the world to present a theatre play, many other topics derives from the talk: Culture and arts Geography Climates, weather and landscapes Natural and geological heritage of the world Culture and customs

“Confirm and rescue the long and magnify traditions of children’s theatre the country of the south has. The duo combines different languages to make a story with a beginning and end, interwoven with different sequences in which the gesture moves the word. This show with touches of humor, great body and gesture handling and an attractive consistency in the story”. (Read More)

When circus tell and became poetry! “From all points of view this decade of non-stop work have made this piece strong, making it precise and effective, capturing spontaneous applause and laughter. With a very careful visual aesthetics have resulted in excellent perform. A good central story, creative live music and theatrical circus language carefully combined can give a quality result”.

"It was explosive, I thought it was normally typical circus but honestly was mind blowing" "The children here were delighting, the adults as well" (Read More) 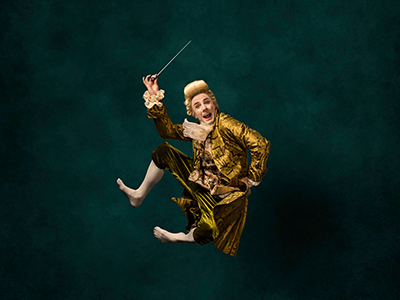