Celebrate the grit and daring of Australian women

“This is theatre at its best.” — Australian Stage

Rovers is a night of stories celebrating adventurous women.

Woven from true stories and wild machinations, this delightful and poetic work resonates with audiences of all ages.

Rovers is a contemporary comedy-drama and a nimble two-hander that has audiences laughing, crying and celebrating the grit and daring of women trailblazers.

Intrepid performers Roxanne McDonald and Barbara Lowing get behind the wheel and navigate the audience into risky terrain, journeying through the heart-lines of their lives and into the hilarious misadventures of the women who made them who they are today.

Come on this epic adventure with two of your best-loved actors in the rough and tumble of multiple stories and characters.

“I remain gobsmacked, with lingering scenes, words and music still rattling around my brain. I want to witness it all over again!” — Australian Stage

• Rovers is a 2-hander show designed to tour • The touring party consists of four (4) people. • Set, lighting, sound & AV are designed to be flexible and scalable depending on facilities available. • Actors Barabara Lowing & Roxanne McDonald can hold (and fill) a main-stage theatre space as well as deliver a beautifully intimate performance in smaller or less traditional performance spaces.

Belloo is committed to developing partnerships to present works nationally and internationally. We have co-produced work with NORPA, Brisbane Festival, Queensland Theatre, Brisbane Powerhouse and Critical Stages and toured to Japan, Queensland, NSW and ACT.

We value cross-cultural collaboration, risk-taking and rigorous process. We seek out partnerships, growing them into powerful relationships.

Our recent work includes ROVERS, which premiered at NORPA in 2018, before touring to Maleny and the Brisbane Festival. ROVERS is a two-hander and a contemporary comedy-drama celebrating the grit and daring of Australian women.

Other works in development HOUSE IN THE DUNES is a contemporary cross-cultural installation work exploring our rapidly changing world in a gentle and poetic way for all ages. The installation version can be toured with no performers in a Covid-safe way. BOY, LOST is an exciting large scale work premiering at Queensland Theatre in 2021.

Rovers is a laugh-out-loud drama by Katherine Lyall-Watson, co-created and directed by Caroline Dunphy.

Lyall-Watson interviewed Lowing and McDonald to gather inspiration for this play. Both actors worked on the floor with Dunphy and Lyall-Watson to carve out the stories and action that have inspired Rovers.

Rovers celebrates Lowing & McDonald as they grab the wheel and take centre stage!

Woven from true  stories and wild machinations, Rovers celebrates women trailblazers through the rough and tumble of multiple stories and characters.

Rovers premiered at NORPA (Lismore) in August 2018 before travelling onto QLD premiere seasons in Maleny & as part of the 2018 Brisbane Festival.

Roxanne McDonald: • Matilda Commendation 1999 • ACPA Award for her contribution to the Arts

A comprehensive Marketing Kit is available.

• Theatre / Drama Audiences: Rovers is a great night out for theatre lovers who appreciate Original Australian contemporary theatre & a comedy-drama that draws on real-life characters and/ stories.

• Australian feminist & indigenous history: The work is written and produced by an all-female company. Rovers was written to provide sustainable employment opportunities for our country’s seasoned & critically acclaimed senior female actors. Leverage with a post show Q&A focused on issues facing women in your local community.

• Inclusive Arts Experience: Rovers is a cross-cultural collaboration. Belloo can support venues to co-design cultural appropriate engagements for their community.

"How can you pack so much into a one hour show? … This is theatre at its best. … I remain gobsmacked, with lingering scenes, words and music still rattling around my brain. I want to witness it all over again!" (Read More)

“Rovers” serves as a reminder that Australia breeds its women tough. But behind the strength is also an essential and enticing charm; these are characters with whom you’d love to have a cup of tea and a natter, or maybe share a hip flask swig. ... (Read More)

You don’t need to be in the biz to appreciate that this all-female company holds a firm place now in the Australian theatrical ecosystem. Having been brought on board by Queensland Theatre as Resident Company for 2019 and with a string of award winning original productions behind them, Belloo is one of our boldest, bravest, most original and transparent mouthpieces. (Read More) 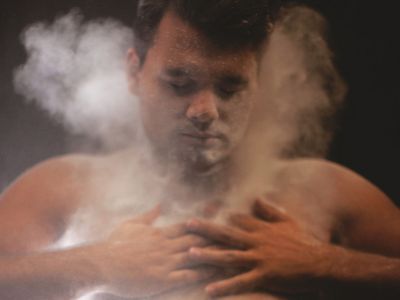 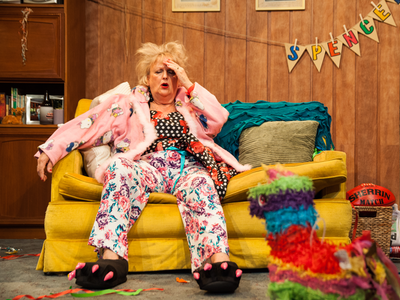 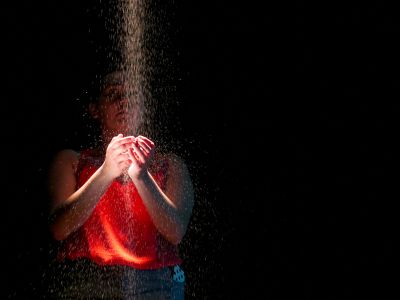