World-class acrobatics and dynamic encounters, in the first ever circus-setting of Stravinsky's Rite of Spring.

In the first ever circus setting of Stravinsky's Rite of Spring, critically acclaimed contemporary circus company Circa tightly weaves together world-class acrobatics and dynamic encounters suffused with dark humour and rich tenderness in Sacre. Featuring new composition by Philippe Bachman alongside Stravinsky's Rite of Spring, the famous high C on the bassoon sounds and the stage explodes with bodies locked in a ritual unto death.

Under the direction of circus visionary Yaron Lifschitz the Circa ensemble puts bodies on the line during Sacre in electrifying explosions of physicality and power.

Created by Yaron Lifschitz and the Circa Ensemble

Sacre is a simple technical set up for a ground based show that doesn't require any circus rigging.

Sacre features the first ever circus-setting of Stravinsky's Rite of Spring in an electrifying and powerful performance.

Circa's production features world class acrobats that have performed to critical acclaim in 40 countries across the world to over one million people.

Circa will provide a range of marketing materials to promote Sacre, including

Circa has a range of community engagement opportunities on offer - from tiny tumbler workshops for 3 year olds to circus masterclasses for local artists. Circa can tailor experiences to suit different communities. 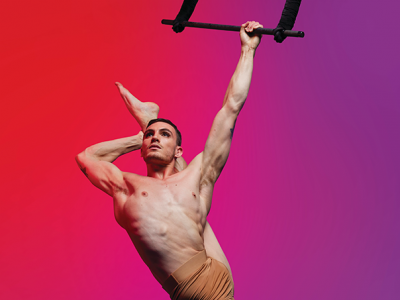