THINK YOU DON'T HAVE TIME FOR SHAKESPEARE? THINK AGAIN!

These half-hour pieces have been specifically designed to be performed in a variety of public and private venues, and are entirely portable and adaptable.

For this tour, QSE is offering a double bill of two all-time classics -

EXPRESS MACBETH Spins the murder, betrayal and madness of the Scottish Play into a tale of fun, frivolity and… well, madness!

INSTANT ROMEO & JULIET Turns the tragedy of the star-crossed lovers into a high-paced comedy with plenty of wooden-sword-buckling!

QSE performers are experienced, voice-trained actors and are able to be heard in most festival, school and corporate settings without electronic amplification. However, if there is excessive ambient noise nearby, extremely poor acoustics or audiences of larger than 300, QSE does not guarantee its performers will be heard without amplification. If general amplification is required for performance, all cost, control and set- up for such amplification is the responsibility of the purchaser. Due to the nature of the quick costume changes, QSE is unable to use body-worn microphones or lapel mics.

The Queensland Shakespeare Ensemble (QSE) was founded in 2001 by a small group of theatre artists united by their desire to perform and present Shakespeare’s plays in an accessible and engaging manner. Since then, QSE has gained a reputation for energetic, accessible and unique productions of Shakespeare’s plays. 2007 saw the beginning of QSE's celebrated outdoor performances in Roma Street Parkland, which have since been an annual fixture of Brisbane’s spring season.

We foster a community-minded approach and believe in the principles of Ensemble Theatre, seeking to develop a team of artist-managers who create an inspirational artistic and business environment to which others aspire. We believe that performance is most potent when it is embodied by actors who train together, exchanging skills and experiences, and sharing a sense of belonging with one another. We consider the human voice to be the ultimate vehicle for embodied expression and communal exploration.

QSE exists to bring the language of Shakespeare to communities, and as such, fosters collaborations with local correctional and youth detention centres, community organisations such as Communify and Arafmi, and local festivals such as UQ Theatre Festival and Shakespeare in the Gardens.

QSE's approach makes Shakespeare fun, accessible, and easy to understand, with Shakespeare's Shorts being tailorable to suit a wide range of age-groups and performance spaces.

All of our shows include some gentle audience interaction and live music performed by our professional ensemble of actor-musicians.

We bring everything that's needed with us - sets, props, and costumes - and our voice-trained actors do not require microphones to perform*. Our performance space requirements are a mere 5m x 5m minimum.

"Fast and fun, this kind of performance makes Shakespeare feel less intimidating if you've never encountered it before..." - Backstreet Brisbane

Community engagement is inherent to way in which QSE operates. We offer Q&A's, workshops, and masterclasses in conjunction with our Shakespeare Shorts in an effort to create evocative, engaging experiences in communities, promote accessibility for all, and give a voice to the marginalised. Within our work and practice, we strive to utilise Shakespeare as a platform for positive change - strengthening community connections and reflecting the human condition.

The Queensland Shakespeare Ensemble did a magnificent job of making this complex and influential work accessible to young and old. They condensed the classic love story from a drama filled two to three hours, to a lovingly playful half hour that showed respect to the original text while having a laugh at the tragic storyline.

....wonderfully funny and entertaining... Fast and fun, this kind of performance makes Shakespeare feel less intimidating if you’ve never encountered it before, something I wish we’d had more of in school. (Read More)

We loved that it was so engaging... You were still able maintain that feel of a larger performance, while encouraging the students to actively engage... This was so much more engaging for students than other in-school performances. Students were encouraged to be actively engaged with the performance.

You (individually and collectively) engaged the audience and drew us in. It made for a really enjoyable time. Hopefully some of the children will now look on Shakespeare as something more than obscure plays in a funny language.

The fast action kept the audience entertained and even if people didn't know the full story of Romeo & Juliet, they would've picked it up pretty quickly.

I expected a great performance but did not expect the level of props, sets, and costumes that were provided by QSE. This definitely enhanced the experience and I was delighted to see this level of professionalism even in an outdoor/unconventional space.

This show was one of the coolest/happiest/unique things I've seen at any markets for ages! 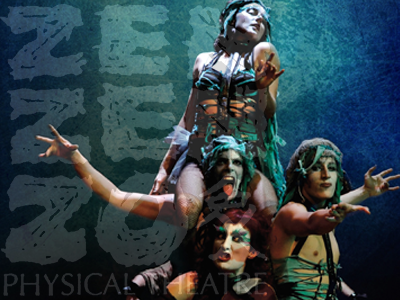 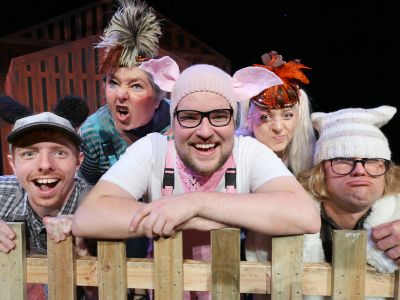 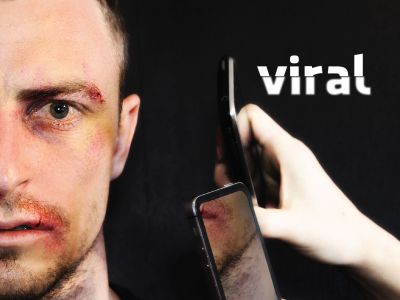